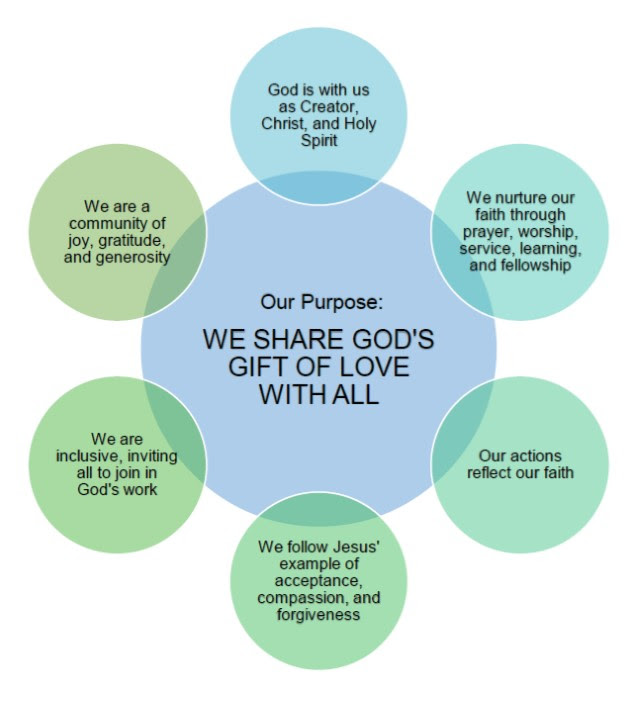 As a congregation of the Evangelical Lutheran Church in America (ELCA) 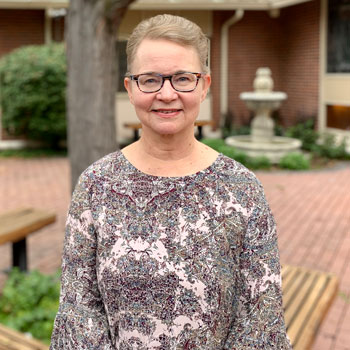 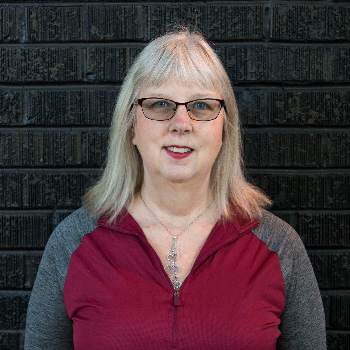 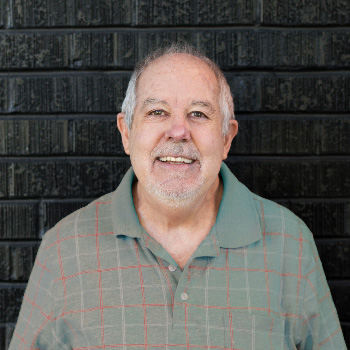 The Congregation Council is entrusted with general oversight of the life and activities of Immanuel Lutheran Church and in particular its worship life. They work to ensure everything is done in accordance with the Word of God and the faith and practice of the Evangelical Lutheran Church in America. It is the Council that leads the congregation in stating its mission and purpose, along with enabling members to fulfill that purpose. 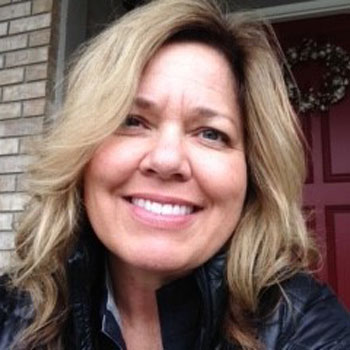 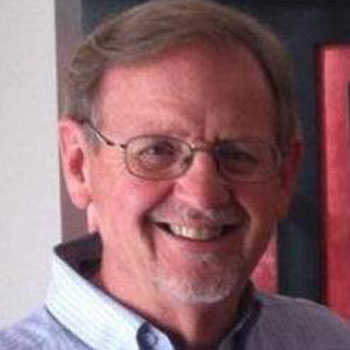 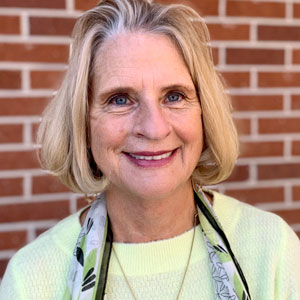 Immanuel Lutheran is a member of  the Northwest Intermountain Synod, an extension of God's Lutheran body.

The Synod publishes the Cross Connection a monthly newsletter to help keep members in touch with the larger community.

The Evangelical Lutheran Church in America (ELCA) is one of the largest Christian denominations in the United States, with about 4 million members in nearly 10,000 congregations across the United States, Puerto Rico and the U.S. Virgin Islands

To learn more, please visit the links below:

The History of Augustana

On January 22, 1906 the Swedish Lutheran Church of the Augustana Synod in was organized under the leadership of the Rev. Charles E. Bengston of Idaho Falls. According to church records, the original building, at First and Bannock streets, had 19 charter members. Because they were Scandinavians, Swedish became the first language spoken from the pulpit.

A site for the new church building was purchased for $3,500.00 Ground was broken at Seventh and Fort Streets on May 26, 1908. The church was completed during the pastorate of the Rev. C.C. Olsson and was dedicated September 22, 1915.

On October 1, 1918, the congregation decided to hold all services in the English language, opening the doors to all Lutherans in . Another tie to its Swedish heritage was severed in 1919 when the church name was changed to Boise Evangelical Lutheran Church.

By the late 1950's it was decided to name the original building, which had been expanded to include a more modern structure, Augustana Chapel in recognition of its first synodical affiliation. The chapel continues to be used for weekly communion services, occasional weddings and special services.

Augustana Chapel is a sandstone and shingle structure in the Gothic style. Its Gothic features include a cruciform plan with off-center tower, Gothic windows and portal. It is distinguished by its compactness, measuring only 38'x64', its extremely shallow transepts, its steeple ornamentation, lack of buttresses, and its use of local sandstone for the basement and first floors.

Charles F. Hummel I, the designer, was significant for the large number of other important buildings in Idaho in which he was architect, including the state capitol, St. John's Catholic Cathedral (in Romanesque revival) and the University of Idaho administration building. The Statesman in January 1909, probably quoting the architects, described the church as being "in the true ecclesiastical Gothic style of architecture." The Gothic revival aspect of the building, even more than its great charm, makes it important in the overall work of Tourtellotte and Hummel.

The church faces north and has a gabled roof. Its tower on the northeast corner serves as a belfry. The tower's sandstone first story has a Gothic, stained glass lancet window on each of its exposed faces, and is topped by a shallow shingle coping.

The shingled second story is dominated by a large Gothic ventilator on each side, each of which is accentuated by a narrow capping gable. This second level is crowned with four finials at the corners, which are decorated with sheet iron crockets and terminate with a three-dimensional Latin cross. The tower itself culminates in a spire, containing a gabled Gothic dormer ventilator on each side. Each of these dormers is also capped by a three-dimensional cross.

Front steps lead to a slightly recessed Gothic portal bounded by the tower, and a large stained glass Gothic window. A stone gable accentuates the doorway and is capped by a Calvary cross. This cross is in front of a "Palladian" Gothic window in the second story. A narrow shingle coping again separates the first and second stories, and maintains the continuity of the north side by integrating the tower with the rest of the facade. The gable supports a small Latin cross.

The east and west sides of the church are dominated by shallow gabled transepts with large stained glass windows. The east differs from the west due to the tower and a side exit towards the rear.

Though some alterations have been made to the interior such as modern heating ducts and modern lighting fixtures, the church remains relatively unchanged since its dedication. Augustana Chapel is architecturally significant in as one of only two Gothic revival churches of its era still standing. It is the one of the two which employs the distinctive local rusticated sandstone.

The chapel is listed on the National Register of Historical Buildings.

The History of Immanuel

As the Immanuel congregation continued to grow, the Sunday school began using the garage on site in 1946. In January 1953, Dr. H. Karl Ladwig was called to serve Immanuel.  The congregation purchased a house and Lot at 715 Fort in 1954 and the Beginner’s department of the Sunday school met in the house. A kindergarten was organized and met there, taught by Marion Hoobing.  In the Spring of 1955 the property at 711 Fort Street was purchased and the construction of the Sunday school building began. The building was dedicated on October 30, 1955. Marion Hoobing’s kindergarten class also moved into the new building and was held there every school year through the late 1960’s.

By the late 1950’s, the congregation had grown to mid-300 and the congregation was crowded in Augustana Chapel.  Plans began, to add on to the Sunday school building, including office space, church library, assembly room (the overflow room) and a larger sanctuary.  Plans for the basement included additional Sunday school rooms, kitchen, fellowship hall and bathrooms.

Ground was broken for the new addition on September 13, 1958.  Much of the construction work was completed by volunteer labor given by ch members.  The new addition was completed at an approximate cost of $100,000. The facility now occupied 75% of the frontage on Fort Street between 7th and 8th streets.

The first worship service in the new sanctuary was held on May 1, 1960.  Copper light fixtures in the sanctuary were designed and made by Dr. Ladwig.

In 1962, the pipe organ was installed in the balcony.  In the spring of 1973, the congregation voted to expand the organ with the addition of the swell division.  Another upgrade to the organ was made in 2005 with a new organ console. Soon after that, Dr. Griff Bratt donated a 2 rank Mixture from his home organ to add to the sound of the Immanuel organ.

In 1973 the stained-glass window project for the Immanuel sanctuary began.  Windows were given as memorials to various congregation members. After the sanctuary windows were completed, The “Creation” stained glass window for the narthex facing Fort Street was completed.   In 1992 the “Ascension” Window over the East entrance to Immanuel was added. In 1995 the “David” stained glass window was added to the landing level in the stairway to choir loft.

Also, in 1995, the office area was reconfigured to provide another office and the library was moved to the Fireside room.  An elevator was added in the narthex providing easier access to the fellowship hall in the basement and the choir loft.

In 1999, a courtyard improvement project was completed.  It added an outdoor entrance to the Overflow room, brick pavers, benches, landscaping and a fountain.

In 2003, the Church Council gave permission to an artist within the congregation for inspirational paintings to be placed on panels above each of the five stained glass windows.  The paintings expanded on each window theme.

In 2006, the congregation celebrated its 100th anniversary at this location on Fort Street.  Since 2006, there have been changes made to the office areas by adding windows, so that the secretary can see when people enter the building from the alley and the educational entrance.

In 2010, Immanuel began efforts to revitalize and rejuvenate our church building. From 2011 to 2015, the Rejuvenation Mission was approved and a Master Plan was developed.

In 2012, the Rejuvenation committee made changes to the nave of the sanctuary, by bringing the altar to the center of the room, removing some pews and creating a square altar area.

In 2016, Build Us Up, Lord! capital campaign was launched to fund the rejuvenation. During 2017, Phase One of the Master Plan was finalized and the first phase of the kitchen remodel was completed. Construction of Phase One of the Master Plan began in July 2018 and was completed in February 2019. Phase One included significant electrical upgrades, improved airflow and air conditioning, improved lighting, ADA improvements, a new fire sprinkler system and related upgrades to improve fire safety. The project also included new wall coverings, ceilings, and flooring throughout the Immanuel Sanctuary and Fellowship Hall as well as improved acoustics and the completion of the upgraded Kitchen.

On March 3, 2019, the renewed Sanctuary, Fellowship Hall and related building upgrades were celebrated in a Service of Dedication.

The History of Linden House 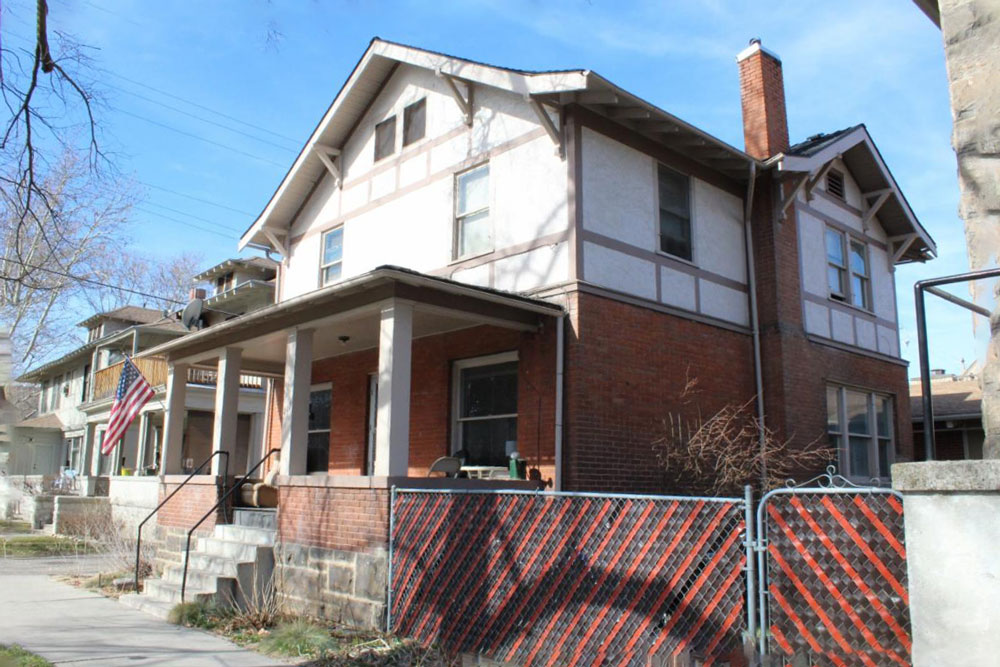 Linden House is a 4-bedroom, 2 story plus basement house located at 815 N. 7th Street in Boise’s North End.  It is adjacent to the south side of Augustana Chapel on the Immanuel Lutheran Church campus.  Church lore suggests it is called Linden House because of the linden trees planted in front of the house.

Starting in December 1943, Pastor J.K. Edwins dedicated one of the upstairs rooms of the parsonage (Linden House) for the publishing/printing of the church newsletter, Inside Immanuel.  The printing was done on a hand-crank mimeograph machine.  The newsletter was sent to Immanuel members serving in the military during WWII.  The newsletter continued into the 21st century.

In 1946 the congregation converted the parsonage into a parish house which could also be used for Sunday school space.  A committee studied the purchase of a new parsonage but voted the idea down for economic reasons.  The idea was revisited in 1949 and another parsonage was purchased on the Boise Bench at 703 Opal Street.

Linden House was used to house Immanuel’s intern pastors from 1996 through 2002 and from 2003 to 2004 it was occupied by Interim Pastor Lothar Pietz.

From 2004 through 2005, Linden House was occupied by Youth Director Peter Kowitz and his family.

From 2007 through 2009, Linden House was used by Northwest Children’s Home/Syringa House.

And finally, Linden House has been occupied by Supportive Housing and Innovative Partnerships (SHIP) since 2013.  SHIP is a not for profit organization providing safe and sober housing for men in recovery from substance abuse and mental health issues.